Nobel Laureate at Conference in Istanbul: I hope for end of Yemen’s war

An Istanbul conference has supported international calls to stop the war in Yemen and withdraw weapons from various armed militias.

Organized by Tawakkol Karman Foundation on Thursday, 8 November, the conference brought together a group of researchers from Yemen and different countries to highlight the issue of Yemen.

In her keynote speech at the conference entitled “Yemen between Challenges and Opportunities for Peace”, the Nobel Peace laureate Tawakkol Karman called for urgent and just international action to end the tragedy of Yemen.

Mrs. Karman put forward some points as part of a vision to end the war and establish a lasting peace in Yemen, foremost of which are a ceasefire, the end of the blockade on Yemen and the withdrawal of the UAE and Saudi Arabia from the country.

Meanwhile, she pointed out to the importance of forming a military commission whose task is to withdraw weapons from all militias, including those emerging different conflict zones inside the country, and to form a national unity government, with the participation of all political actors as a precursor to hold a referendum on the draft constitution and organize various elections.

She also called for the swift formation of an independent national reconciliation commission, and for reparation and reconstruction of Yemen, emphasizing the urgent need to oblige the Arab coalition led by Saudi Arabia and the United Arab Emirates to compensate for all what has been devastated.

For his part, the deputy chairperson of Mr. Erdogan's ruling party, Cevdet Yılmaz, said that his country categorically rejects the misuse of sectarianism to be a new source of conflict in Yemen, noting that the sectarian conflict "will turn the region into hell."

He added his country respects all sectarian identities but it denounces any attempts to instigate violent sectarianism.

Mr. Yilmaz affirmed that Turkey stands by Yemen in its struggle for independence, sovereignty and territorial integrity, expressing his country’s support for the legitimate government, as well as for efforts by the special UN envoy to Yemen Martin Griffith.

"We believe that Yemen’s parties to the conflict are able to solve their own problems. We hope that this crisis will be dealt with urgently and that human suffering will end. This is very important for the security of the Gulf region," he said.

The former Tunisian President Moncef Marzouki, on his part, called on the Western and Arab media to pay attention to the humanitarian tragedy that Yemen is experiencing.

Marzouki in his speech at the conference indicated that the picture of the child Amal Hussein who died of malnutrition should make the headlines of the international media, including TV channels like Al-Jazeera, on a daily basis.

He stressed that the child’s death deserves to receive attention and coverage of the news, just like Jamal Khashoggi's case

He called for the prosecution of those committing crimes against Yemenis in international courts as major planners and contributors to igniting the war in Yemen.

"The organized crime and the terrorism practiced against the Yemeni people are reflected through the death of Amal Hussein," said Ayman Nour, the Egyptian opposition politician and the leader of Ghad Party.

Mr. Nour added that Amal Hussein like hundreds of thousands of Yemen's children has been a victim of regional conflicts, pointing out that some regional parties have turned Yemen into an endless battlefield with Iran

The conference gives us real hope that supporters of the Arab Spring will develop in their performance, said the Egyptian dissident

Containing three sessions with different working papers, the conference highlighted the Yemeni issue in all its dimensions and internal, regional and international complexities.

The first paper submitted by the Yemeni researcher Abdel Nasser Al-Mawdeh addressed the roots of the conflict and the causes of war in Yemen, while the second submitted by the geopolitical researcher and lecturer from France, Celine Jrizi, was about Yemen in the balance of the regional conflict.

The second session was allocated to the human rights situation in Yemen and international responsibility towards it, covered by Yemeni activist and researcher Nabil al-Baydani and the Canadian Senior International Communications Advisor Patricia Leidl.

The conference concluded with a third session which discussed in its first paper the work of international organizations in Yemen and was presented by Guillermo W. Giarratana , associate research fellow at IRIS.

Prepared by the senior fellow at the United States institute for peace Radwan Ziadeh, the second paper shed light on the future of Yemeni national reconciliation in the light of international experiences. 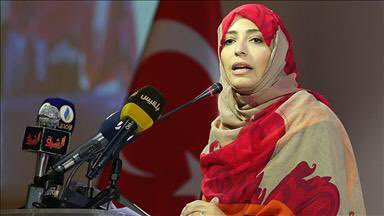 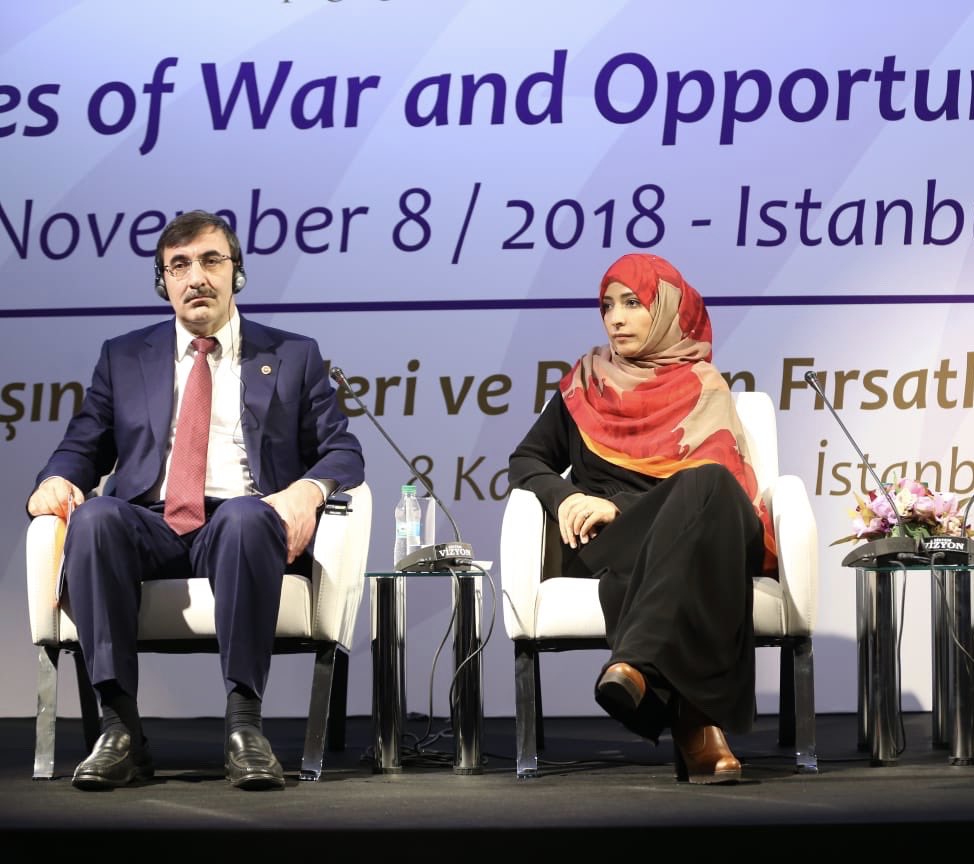 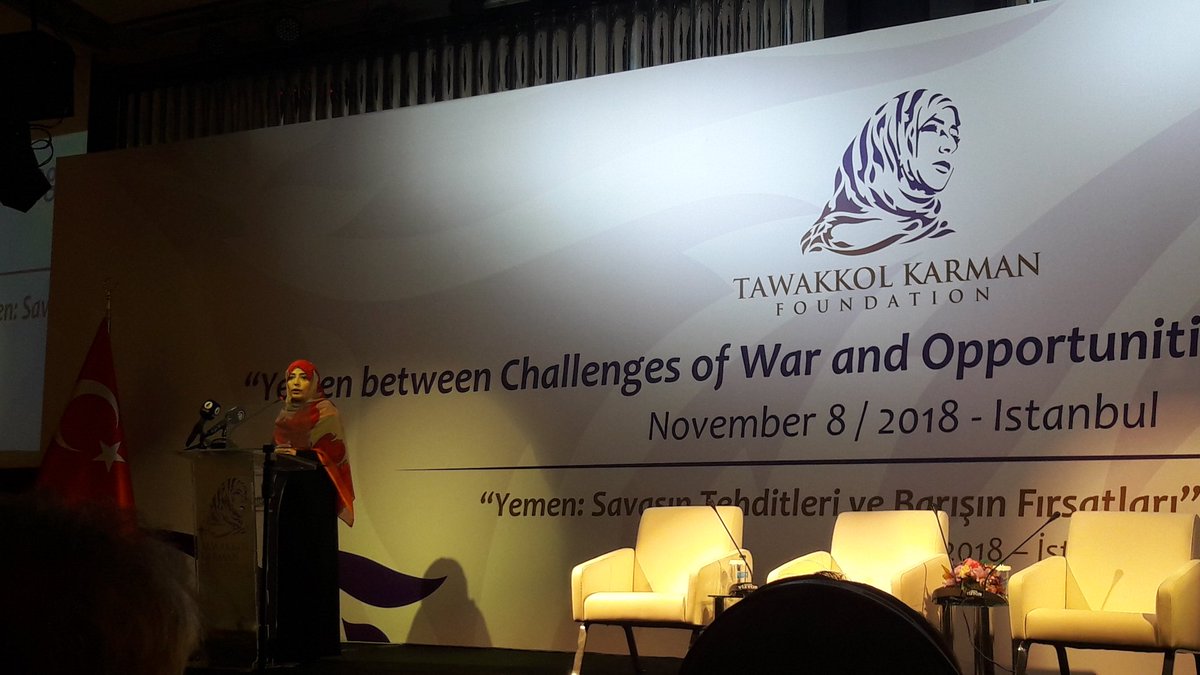 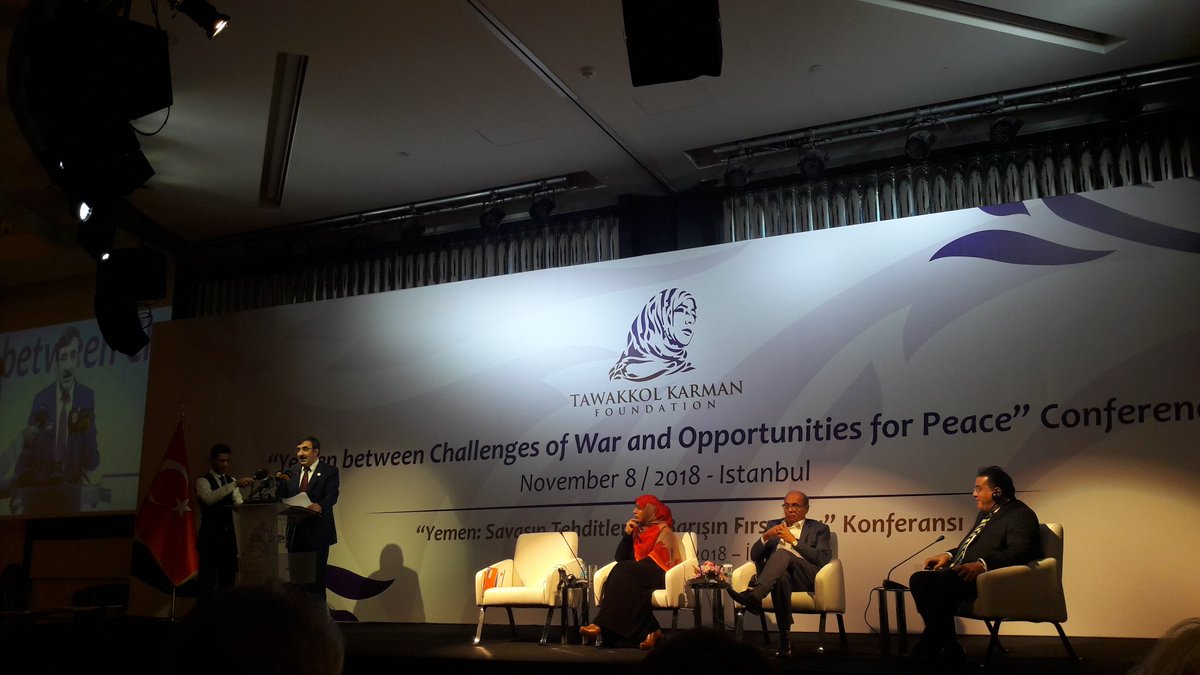 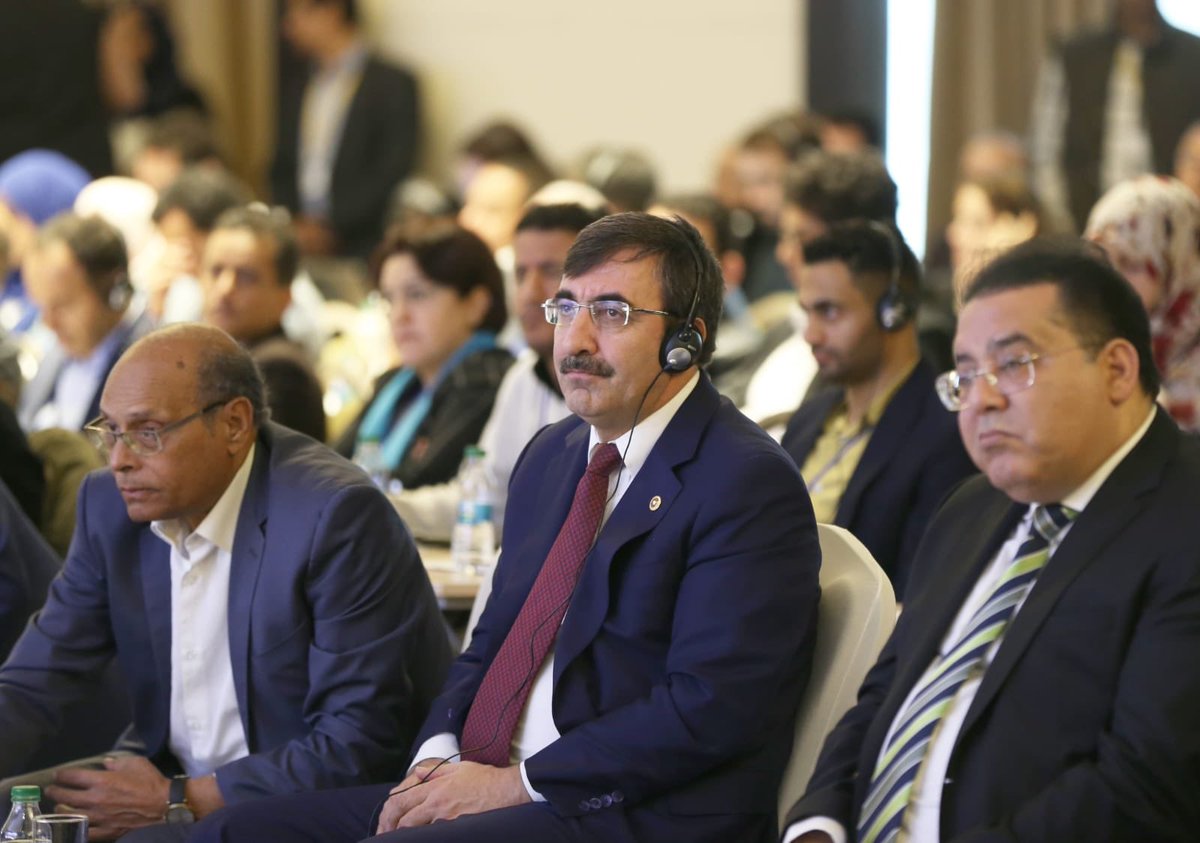 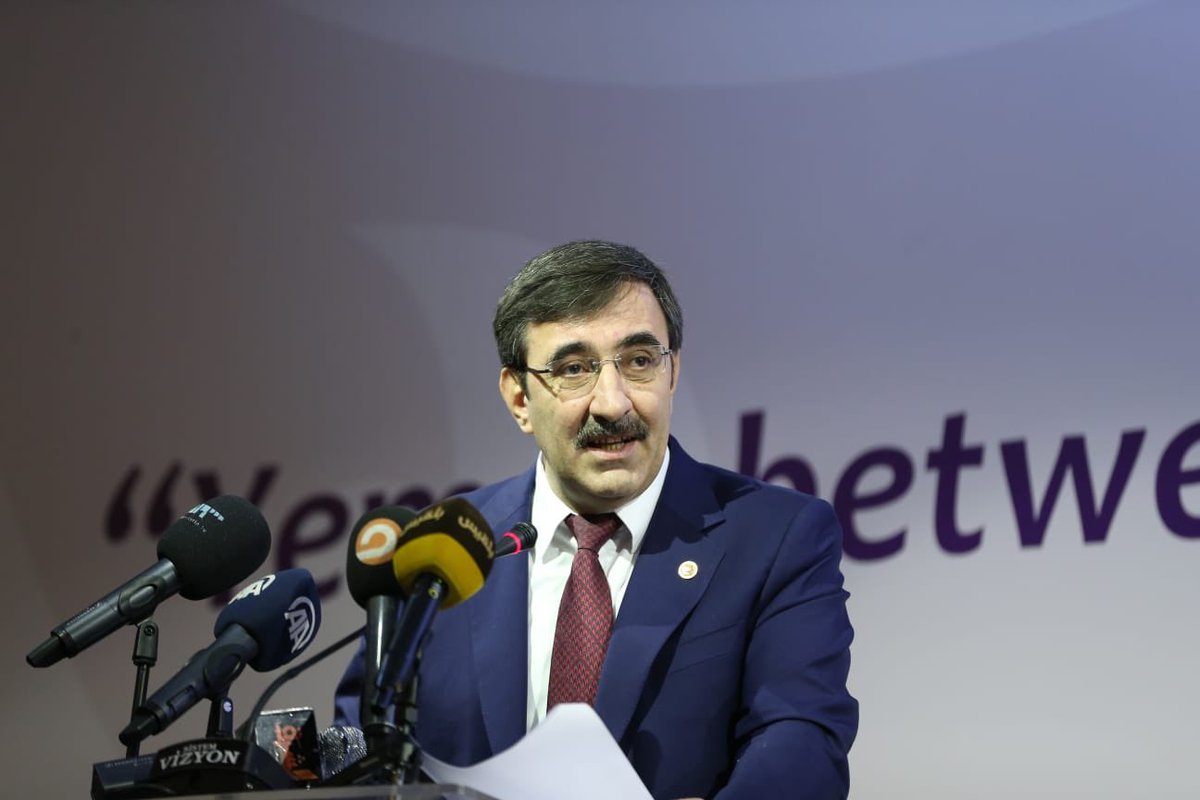 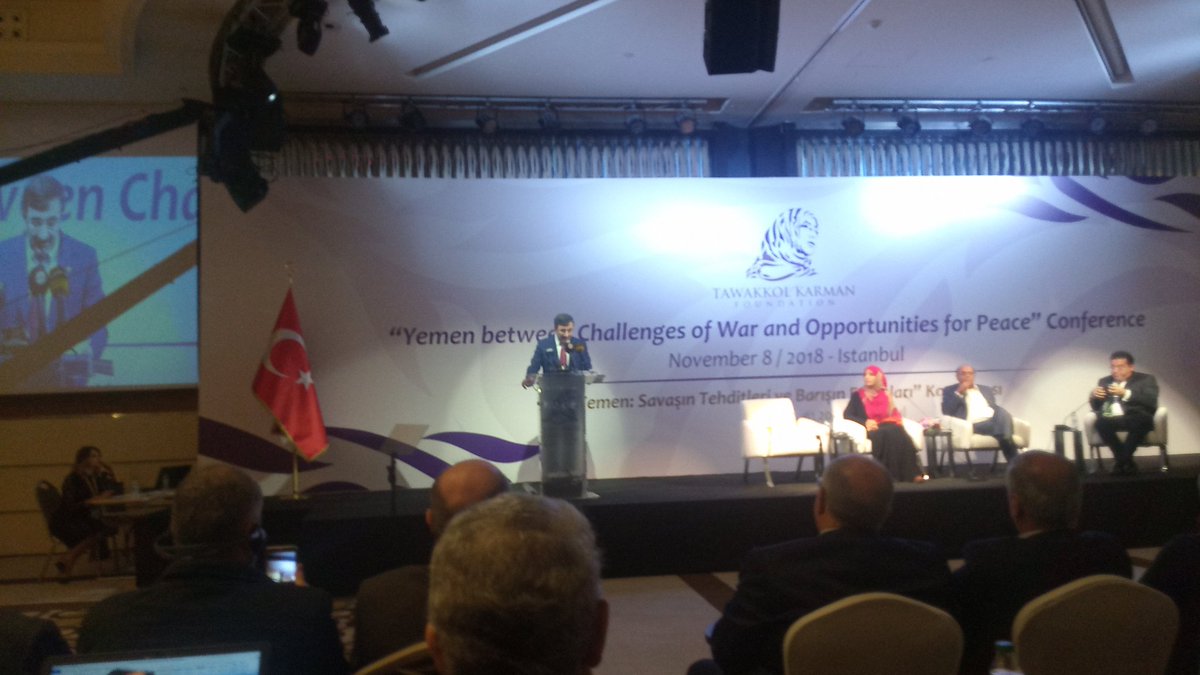 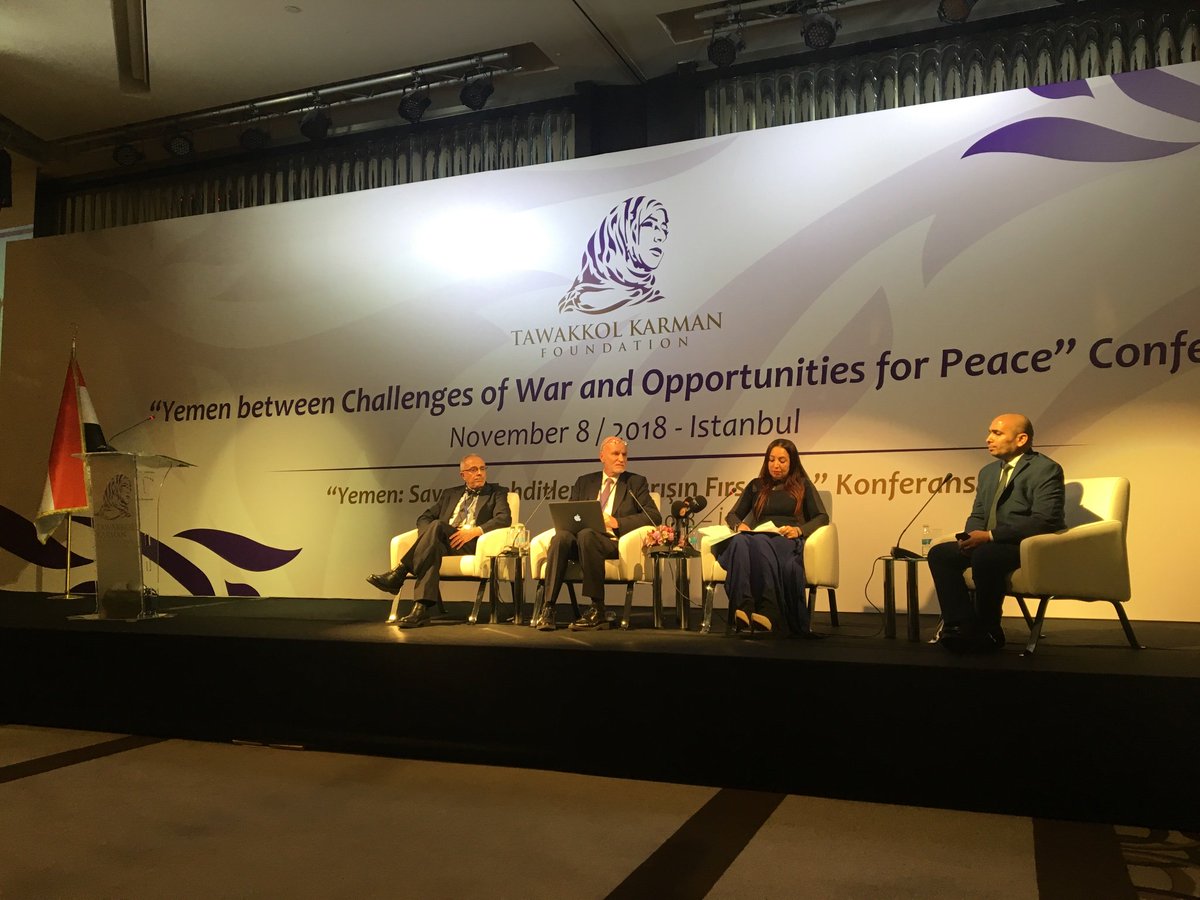 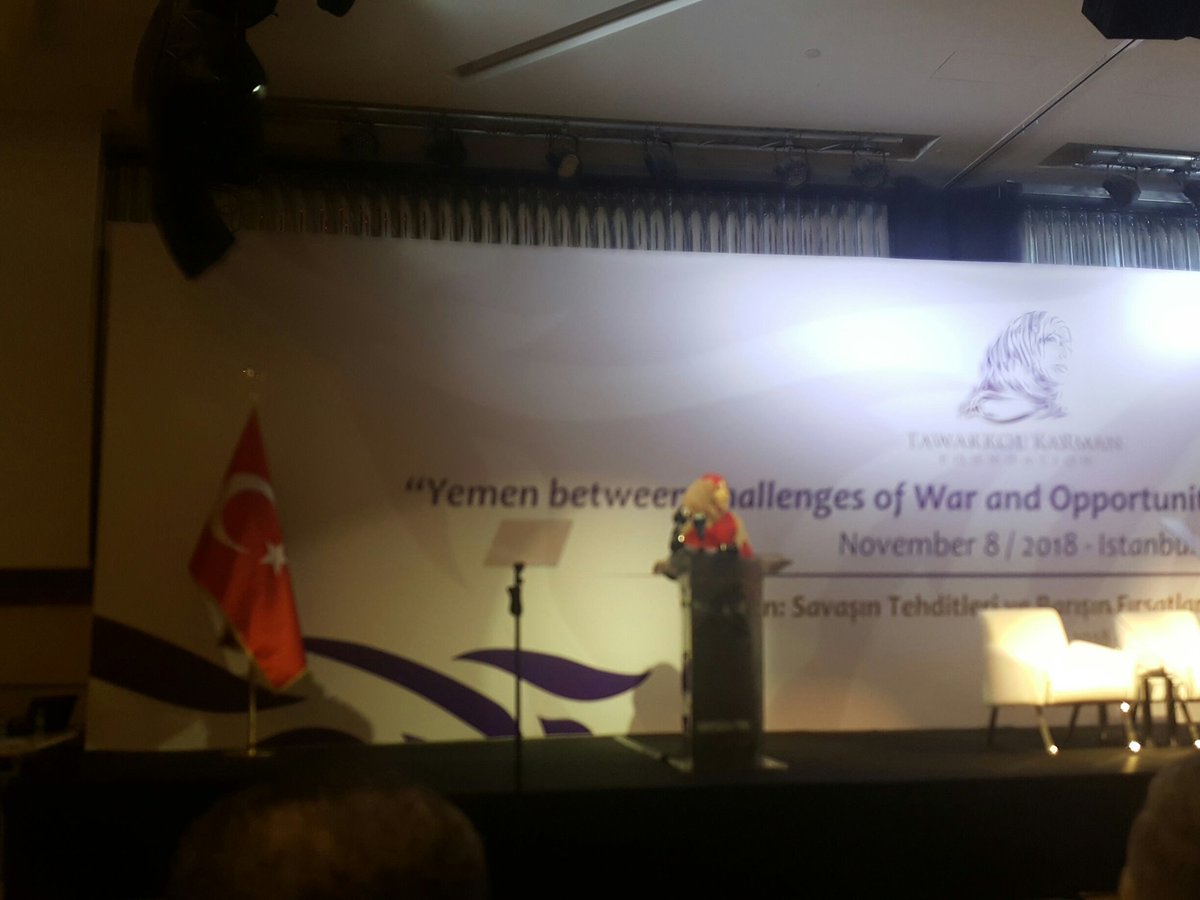