TIME has put the Nobel Peace Prize-winning human rights activist, Tawakkol Karman, among 100 Women of the Year, describing her as “the torchbearer of the Arab Spring”.

“When the Arab Spring came to Yemen in 2011, Tawakkol Karman was already on the front lines, having four years earlier begun a weekly protest against corruption in the streets of its capital,” described TIME.

The magazine added that “defying her conservative Muslim country’s standards of acceptable female behavior, she called for the end of a regime she believed had robbed her nation’s youth of its future.”

“As the mother of two daughters and a son, she wanted to ensure that women’s voices played a fundamental role in the revolution her country so badly needed.”

It also pointed out that Mrs. Karman’s “insistence on peaceful dialogue in the face of tear-gas volleys, police raids and a brutal massacre earned her the 2011 Nobel Peace Prize, shared with Liberian peace activists Ellen Johnson Sirleaf and Leymah Gbowee, for playing “a leading part in the struggle for women’s rights and for democracy and peace in Yemen.”

According to the American magazine, Tawakkol Karman was the first Yemeni, the first Arab woman and the second Muslim woman to win the Nobel Prize in the thirty-second of her age, to be the youngest peace prize winner at that time.

Time 100 (often stylized as TIME 100) is an annual listicle of the 100 most influential people in the world, assembled by the American news magazine Time. First published in 1999 as the result of a debate among American academics, politicians, and journalists, the list is now a highly publicized annual event. 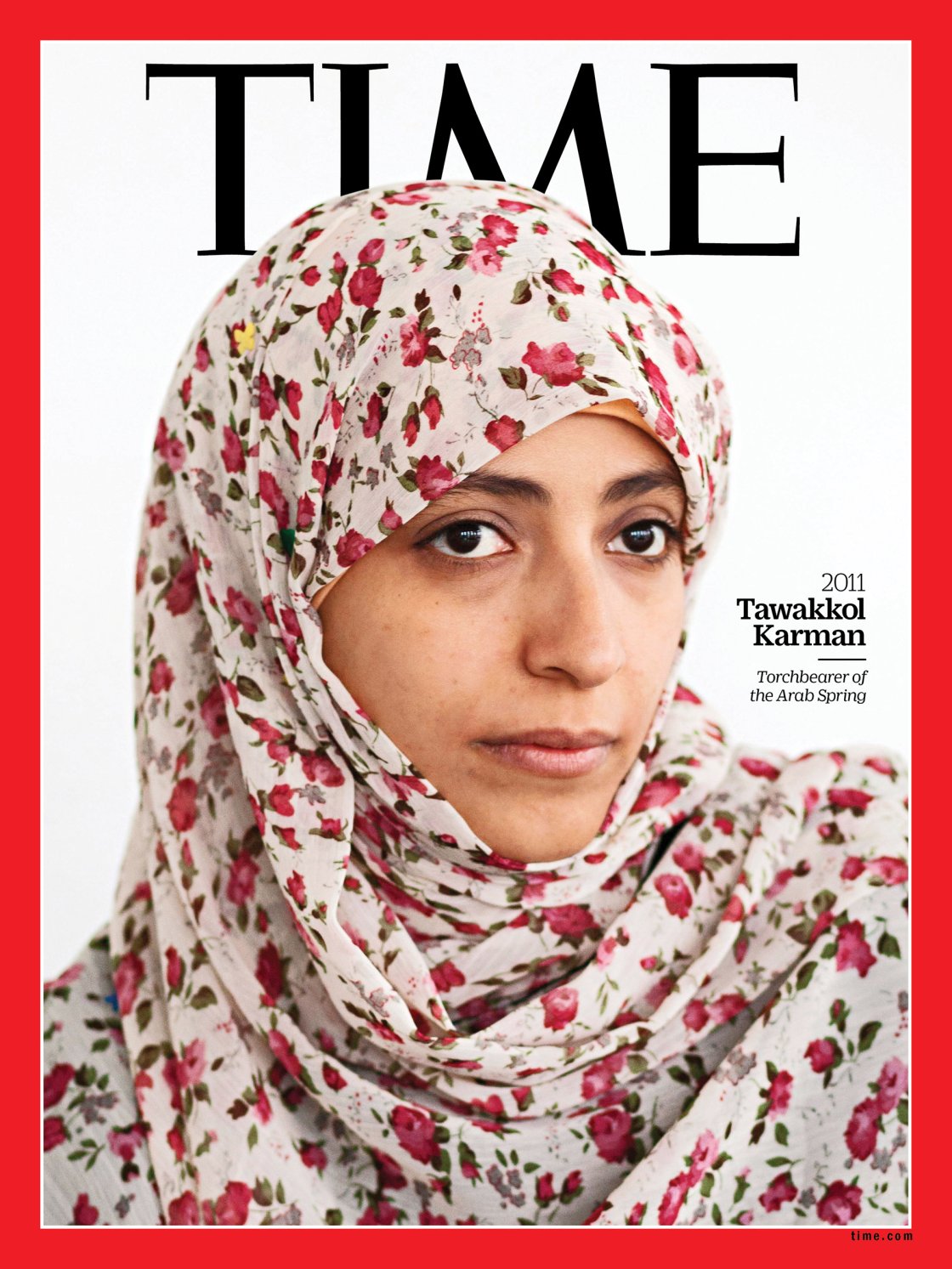